An indirect estimate of Neanderthal ancestry

Indirect, but not that intersting.

I computed the statistics described above and wrote an R script to project 23andMe genotype data. The figure below shows the first two principal components of the SGDP, and the contour lines show the corresponding proportions of Neanderthal ancestry. You can generate this figure and project your own 23andMe data onto the PCs using the scripts here. It’s not that interesting though, because Neanderthal ancestry is just a function of genome-wide ancestry so two people with similar ancestry will always have the same genome-wide ancestry.

If you wanted to get a fully personalized estimate, you could combine this with an \(f_4\) ratio on the data itself - e.g. you could use this estimate as a prior, and use the \(f_4\) ratio and error to compute a posterior. I’m not sure that this would actually help very much, since the uncertainties are so high. But you might be able to identify people (if there are any) who have particularly extreme Neanderthal ancestry proportions. With large datasets you could recompute \(f_4\) ratio proportions and principal components on that dataset itself and get more accurate estimates, as well as individual level estimates. 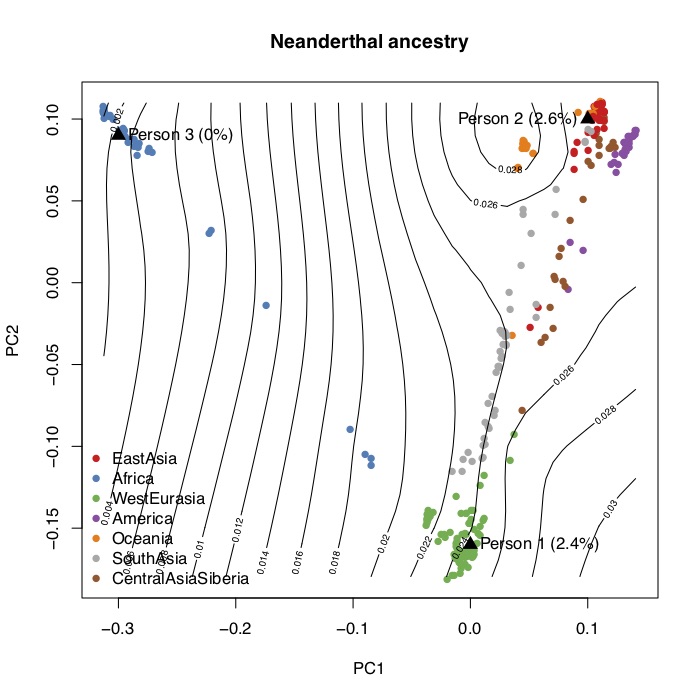